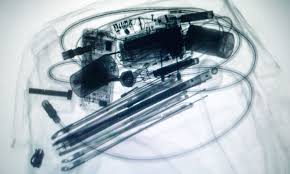 Check Point Research, the Threat Intelligence arm of Check Point® Software Technologies Ltd. (NASDAQ: CHKP), a leading provider of cybersecurity solutions globally, has published its latest Global Threat Index for September 2020. Researchers found that an updated version of Valak malware has entered the Index for the first time, ranking as the 9th most prevalent malware in September.

First observed in late 2019, Valak is a sophisticated threat which was previously classified as a malware loader. In recent months, new variants were discovered with significant functional changes which enable Valak to operate as an information-stealer capable of targeting both individuals and enterprises. This new version of Valak is able to steal sensitive information from Microsoft Exchange mail systems, as well as users’ credentials and domain certificates. During September, Valak was spread widely by malspam campaigns containing malicious .doc files.

The Emotet trojan remains in 1st place in the Index for the third month in succession, impacting 14% of organisations globally. The Qbot trojan, which entered the listing for the first time in August, was also widely used in September, rising from 10th to 6th in the index.

*The arrows relate to the change in rank compared to the previous month.

This month Emotet remains the most popular malware with a global impact of 14% of organisations, followed by Trickbot and Dridex impacting 4% and 3% or organisations worldwide respectively.

The complete list of the top 10 malware families in September can be found on the Check Point Blog. Check Point’s Threat Prevention Resources are available at  http://www.checkpoint.com/threat-prevention-resources/index.html.

Vulnerability in Fortnite Could Have Exposed User Information