Despite crackdowns on sellers of pirated software, syndicates are still pursuing this lucrative trade openly. Now, the Ministry of Domestic Trade, Co-operatives and Consumerism (MDTCC) has had enough and promises harsher penalties, with buyers coming under fire as well.

According to MDTCC Director of Enforcement Dato’ Mohd Roslan Mahayudin, those found guilty of such activities face penalties of RM10,000 for each infringement or imprisonment for a jail term of not exceeding 3 years as provided under the Trade Description Act 2012.

Dato’ Roslan also informed that it was known that such sellers frequently used online marketplaces to carry out their illegal activities. This has resulted in unsuspecting buyers purchasing pirated software thinking that they were genuine.

“The MDTCC is gravely concerned with the increasing rise in fake and counterfeit goods being sold as genuine at many online marketplaces. In this regard, the MDTCC continues to be vigilant against any online seller peddling counterfeit goods as genuine in their effort to deceive unsuspecting buyers.  No effort will be spared in dealing with these unscrupulous online cheaters,” said Roslan.

MDTCC will also be going a step further in future and compel sellers who are caught to provide a list of customers who have purchased pirated software. This will allow MDTCC to potentially carry out further enforcement actions. 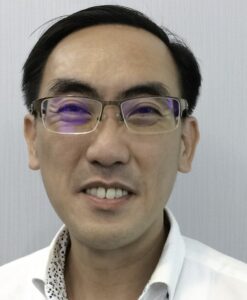 Aside from the fact that the sale of pirated software is theft, according to Kaspersky Lab General Manager, SEA, Yeo Siang Tiong (pic), the licenses being sold at some of these non-authorised outlets or online, could be shared licenses – sold to multiple users-, or could be licences from other regions.

“These users might not get what they have paid for, and most likely would not get the support for the product should something go wrong,” said Yeo.

Yeo also added that more often than not while appearing to look exactly like the real software, the codes could have been changed to incorporate some malicious codes within it, to create a backdoor for hackers.

“Another method usually used by these sellers to activate the products would be the use of a program called KeyGen (Key Generator). However, in order to use a keygen, the anti-virus program needs to be switched off, thereby creating an opening for an attack. Keygens are designed by hackers. They have been known to bundle these keygens with malware, to benefit from others for purposes such as installing malwares, or stealing information,” he said.

Some sellers even provide download links to “crack” files. These cracks modify parts of the program in order to work, which can result in anything from minor glitches to significant security vulnerabilities, potentially letting cybercriminials have full access to the user’s computer.

“We would like to remind everyone about the importance of buying licensed products from either authorised partners or official stores. When buying online, it would be best to buy from the developer’s website itself,” added Yeo.

How to tell if your Microsoft software is genuine

The first sign of pirated software is usually a price tag that is far below what Genuine products cost. They could sell for as low as ten percent of genuine products, and even offer bargains of coming with ‘lifetime licenses’ for products which normally require annual subscriptions.

For businesses, Microsoft offers several easy, affordable licensing solutions that can help ensure that organizations have genuine Microsoft software. For more information, contact your local Microsoft volume licensing representative or authorized Microsoft reseller and ask them about Get Genuine Solutions.

What you can do if you may have pirated software

If you believe that you may have inadvertently bought pirated software, please contact the MDTCC and arrange for a return of the product.

Remember, piracy is theft and carries harsh penalties under the law.

2 thoughts on “MDTCC: We will trace pirated software bought through online marketplaces”